With Hon Steve Chadwick standing at the main door to the Parliament House Papua New Guinea. 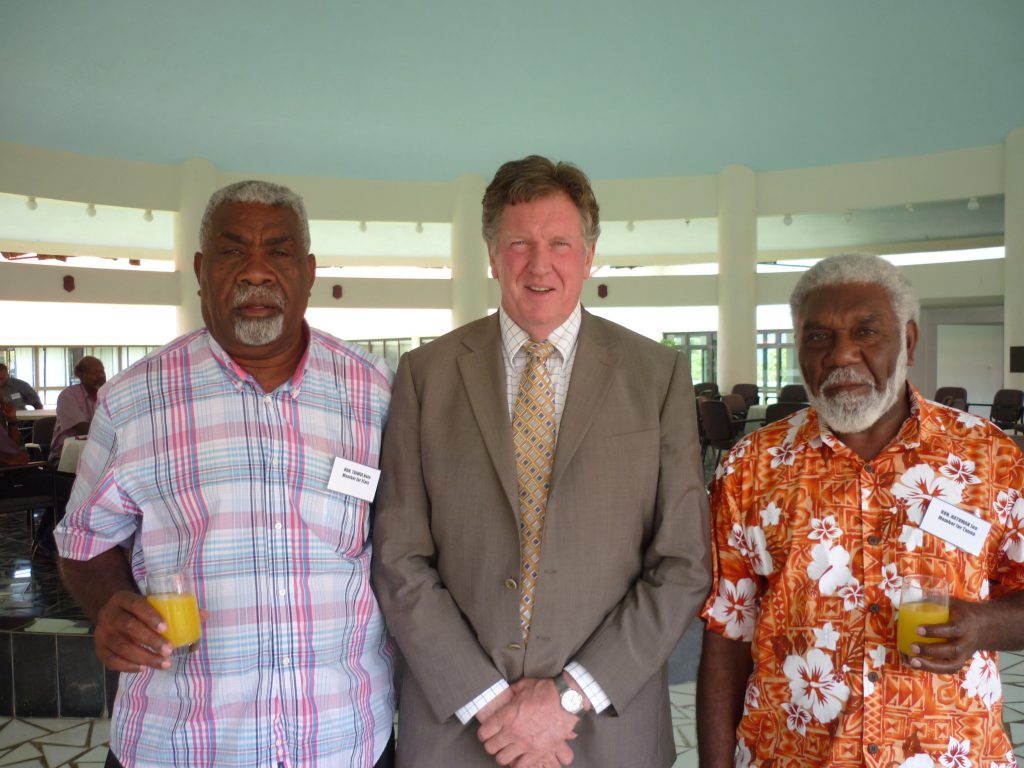 With two MPs at the two day seminar in Vanuatu, there were two dress codes.