Rick was made Chief Crown Negotiator in 2012 by the Minister for Treaty of Waitangi Negotiations Hon Chris Finlayson, to act as his agent to draw to a conclusion an enduring settlement for the historical claims brought by iwi against the Crown for beaches of the Treaty of Waitangi. These are complex negotiations caused by a painful past, negotiated in today’s context with a focus on the future. Rick has lead the Crown team to conclude three settlements and is currently engaged with two other negotiations which are drawing to agreement between the Crown and iwi for the settlement of historic grievances.

Te Atiawa is a iwi based in Taranaki and was the primary target of Governor Grey’s illegal land war, he was even advised so at the time by his advisers. This the first Treaty negotiation Rick lead. The settlement included an apology from the Crown, significant cultural redress including shared ownership of the islands off New Plymouth, Nga Motu, rights to purchase 51 Crown land banked properties, sale and lease back of the New Plymouth Police station and Court House, land at Waitara, influence on natural resource matters in their region, substantial rights of first refusal to Crown property and $87 million in quantum. For a more detailed description of the settlement go to;

Te Atiawa’s settlement legislation has now been passed by Parliament and received the Royal Assent.

Ngaruahine is based in South Taranaki and was similarly to Te Atiawa. Ngaruahine were dispossessed of their land by the unlawful land wars. The settlement includes an apology from the Crown, cultural redress including statements of association, deeds of recognition, return of land, influence over natural resource matters, participation in the standing committees of the Taranaki Regional Council, deferred selection properties, rights of first refusal on Crown property and $67.5 million in quantum compensation.

Ngaruahine’s settlement legislation has been passed by Parliament and received the Royal Assent.

Rangitāne o Wairarapa and Rangitāne o Tamaki nui-ā-Rua is a ‘large natural grouping’ of Rangitane people in both the Wairarapa and Tamaki nui a Rua. The Crown leased then alienated Rangitane’s land promising benefits that never arrived and substantial reserves that were never provided. Rangitane received and apology from the Crown, cultural redress that included; the vesting of land, including a share of the bed of Lake Wairarapa, the gift and gift back of Mt Bruce, Pukaha, statutory acknowledgements, deeds of recognition, the establishment and participation in the Statutory Board for Lake Wairarapa, and commercial redress that includes 30% of Ngamu forest, rights to purchase Crown properties and $32.5 million of quantum. For a more detailed description of the settlement go to;

The Deed of Settlement for Rangitane has been ratified and currently passing through the Parliamentary process.

Ngāti Kahungunu ki Wairarapa Tāmaki Nui-ā-Rua have signed an agreement in principle with the Crown to settle historic grievances. Ngati Kahungunu in both Wairarapa and Tamaki suffered significant land loss and Crown promises of education, health care, reserves and economic returns were not met. The Crown’s taking of Maungaroa or Barton’s Run was particularly bad due to the Crown’s actions in relocating the occupiers of the land many 100’s of kilometres away to the South Waikato. A complete dislocation that is sharply felt to this day. The AIP provides for cultural redress including statements of association, deeds of recognition, return of sites and in particular the majority ownership of the bed of Lake Wairarapa, the setting up of a statutory board to govern and manage the lake with strong representation by Ngati Kahungunu. The AIP also provides for commercial redress including deferred selection and rights of first refusal over Crown land, 70% share of Ngamu forest and quantum of $93 million. For a more detailed description got to;

Hauraki Collective is the over-arching settlement structure drawing together the 12 iwi of Hauraki and includes, Hako, Ngāi Tai ki Tāmaki, Ngāti Hei, Ngāti Maru, Ngāti Paoa, Ngāti Porou ki Hauraki, Ngāti Pūkenga, Ngāti Rāhiri Tumutumu, Ngāti Tamaterā, Ngāti Tara Tokanui, Ngaati Whanaunga and Te Patukirikiri. These negotiations because of the extensively overlapping iwi interests are designed to provide the Treaty settlement in three tiers, the Hauraki Collective for all 12 iwi groups, the Marutuahu Collective for five iwi with specific interests in Tamaki and a settlement specific to each individual iwi. Two of the individual iwi have initialled their deeds of settlement the Marutuahu Collective and the remaining 10 iwi negotiations are drawing to a conclusion. For mo0re specific information about the Hauraki Collective Deed initialled go to;

The Crown signed an agreement in principle with the Whanganui Lands Settlement Trust on August 30 at Putiki Marae in Whanganui. This settlement adds to the historic Whanganui River settlement with two unique features. An emphasis on being a values based settlement, Te Tomokanga ki te Matapihi, and the building of a relationship between the WLST, the Whanganui District Council and the Crown for the delivery of services. 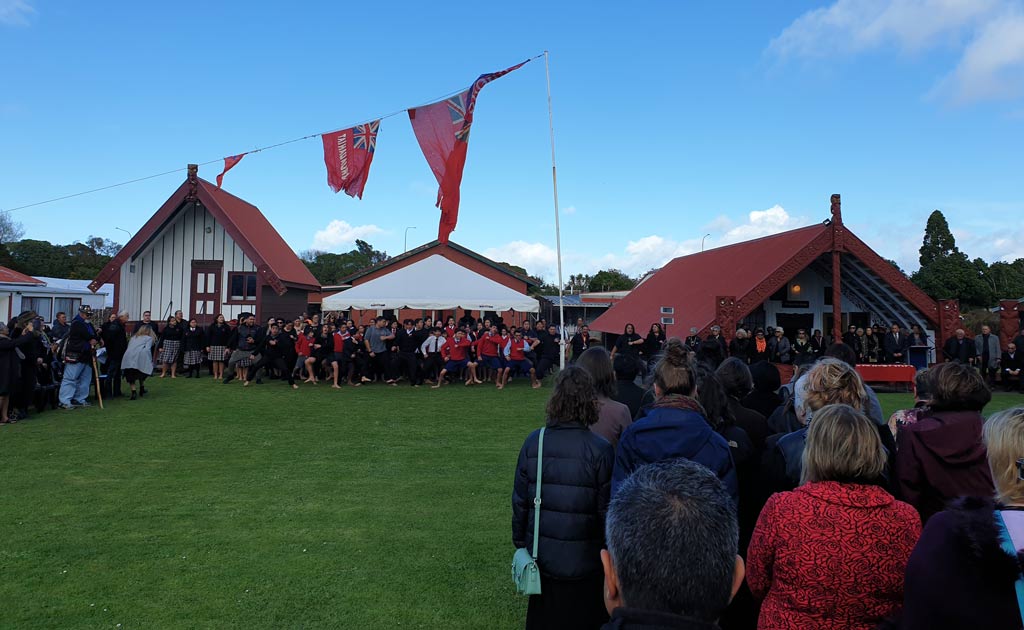 The welcome for the signing at Putiki Marae 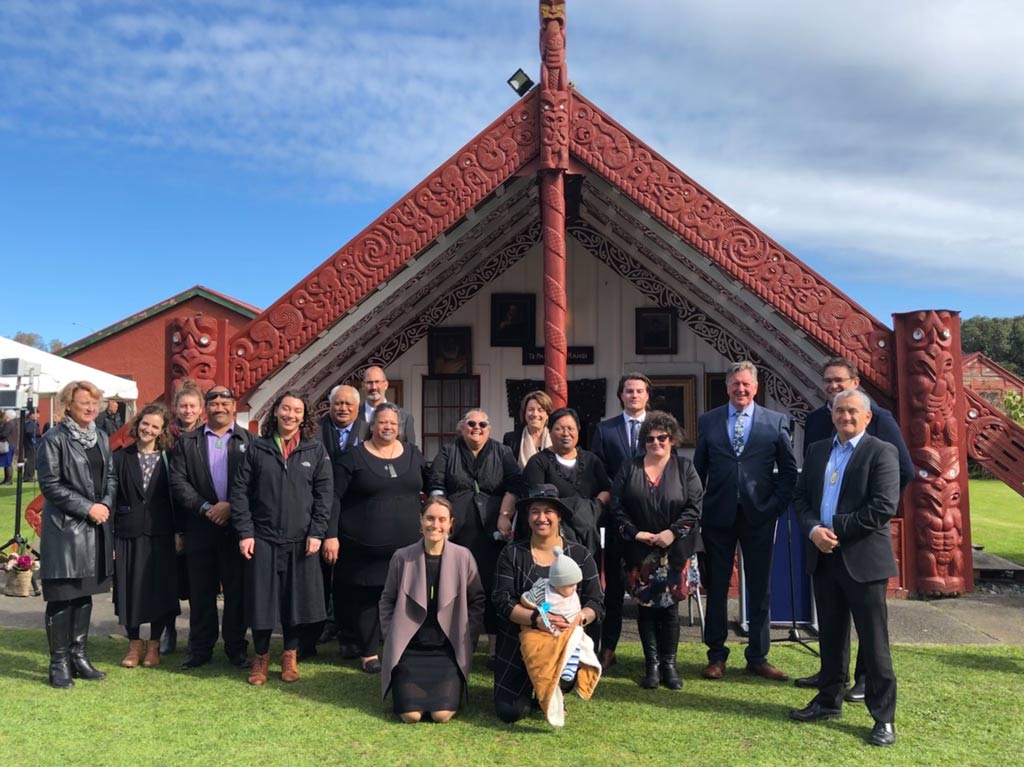 The Iwi and Crown negotiating teams