2013 Rick was elected to the Hawke’s Bay Regional Council representing the Hastings constituency. He stood to bring about change to the Regional Council, for a more progressive environmental program and a thorough examination of the Ruataniwha dam project, labeling himself as a ‘dam sceptic. He was elected with three other like-minded Councillors, Rex Graham, Tom Belford and Peter Bevan. With nine Councillors the four were in the minority, constantly shut out by the five so labelled themselves ‘the mushrooms’. Rick has very strong views on government being open, accountable and transparent in its decision making and how and where the public’s money is spent. 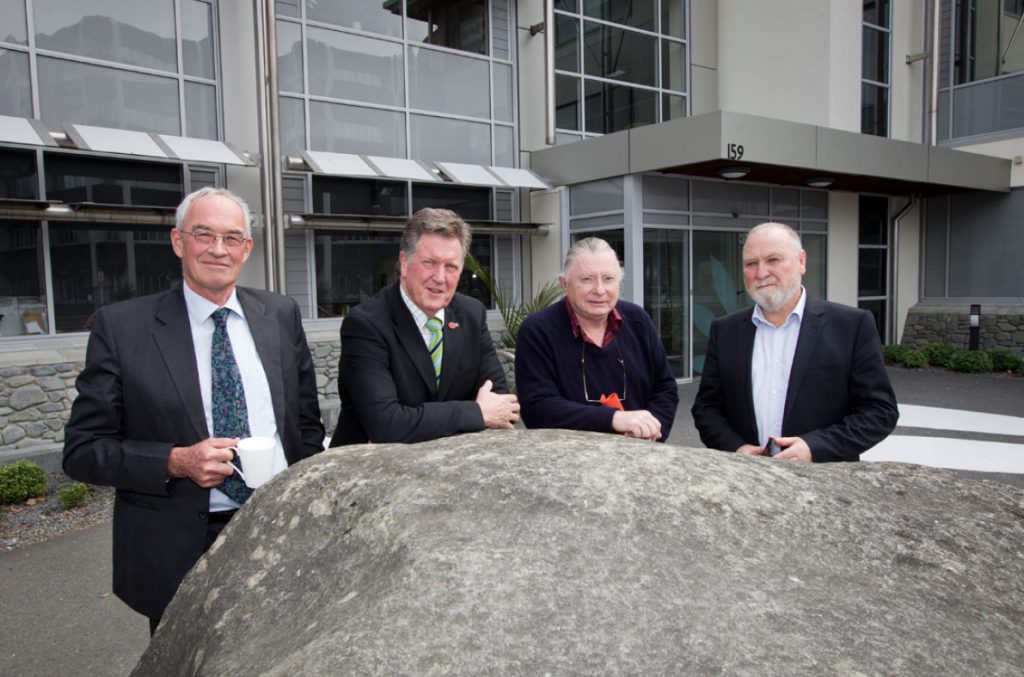 Four mushrooms outside the Council chamber in protest at the ongoing unnecessary Council dealings in public excluded 2016 was a better year with the election of two new Councillors enabling a change of direction. Rick has been elected Deputy Chair of the Hawke’s Bay Regional Council.